The finishing touches are in motion to make sure that Newquay's infamous Zombie Crawl is more than ready for all the ghosts and ghouls this Saturday 29th October. With the scary buzz around the event hitting its peak, organisers from Newquay Business Improvement District (BID) are excited to announce a number of new additions. This year sees the resurrection of the highly popular Zombie Crawl, the last edition of which happened back in 2019. For this reason, Newquay BID is looking to give the spooktacular spectacle a fresh rejuvenation, with some new additions and creepy change-ups that will make sure that this year's instalment is one to remember.

As the day creeps closer, BID businesses and other local businesses alike are preparing to welcome in supernatural spirits, local journalists, children and adults. One non-BID organisation that has gone above and beyond is the Morrisons Community Funding group, which has donated 100 pumpkins ready to be shaped by participants on the day, at the Royal British Legion.

James Dundon, one of the most popular presenters on BBC Radio Cornwall, is all set to get his 'scary' on. James is heading to Newquay this week to visit BID member Fat Giraffe to get dressed from head to toe in the ultimate Zombified outfit! Then James and his crew will be swarming all over the town on the day itself as they broadcast live across the airwaves as part of the crazy Crawl. The day of the Zombie Crawl itself kicks off at 12 midday on Saturday 29th October, when local group Blystra Arts will be running pumpkin carving sessions at the Royal British Legion. Also, from midday Scary Storytelling Sessions and face painting, make-up artists will be available at Newquay Library.

Weather permitting, dance group Bounce will be running a Thriller dance lesson with group routines happening every hour on Newquay Piazza, next to the cinema. If necessary due to weather challenges, this part of the event will move to the Royal British Legion. Then, at 3 pm, the Zombie Crawl itself begins, starting at the Fore St. car park and working its way through the wicked wasteland of zombie-filled Newquay. As with the previous instalments of the Zombie Crawl, this year's trail will end at The Griffin Inn for an after-party 'Spooky Silent Disco' starting from 4 pm and lasting until 6 pm.

All of this undead action will be headed up by none other than Newquay BID Manager, Mark Warren, who will lead the parade like no other through the shadowy streets of the town. He will be joined by the stilted actors of Hotch Potch and the RNLI, who have announced they will be contributing their own Lifeguard Zombies to the haunted happenings. Over the last few weeks, Newquay BID businesses have been busy at work spookifying their shop fronts, teams, wares and products. Now that Newquay town is sufficiently spooky, the creepiest storefront will be judged this week in the lead-up to the Zombie Crawl. The prizes, all sourced from other local BID businesses, will be awarded by Deputy Mayor, Kevin Towill. As well as this, the Halloween Town Trail is now finally ready for the local ghosts and ghouls to follow the clues being given out by various local businesses until the 30th of October. To participate, individuals and families should head to the Newquay Tourist Information Centre to collect a clue sheet. Then they can follow the clues to the shops, picking up letters as they go.

BID Manager Mark Warren (aka the Zombie Leader) said, "Newquay BID is delighted to announce that the final preparations are underway for the resurrection of the Zombie Crawl in 2022. It is truly impressive how much effort everyone is putting into making Newquay as spooky as it possibly can be this year. As well as the businesses, I imagine that the restless undead far and wide can barely contain their collective excitement to be back, wandering the streets of Newquay on Saturday the 29th." Mark continues, "We are almost there now, and since this is the first year that the Zombie Crawl has been held since 2019, and with our town footfall being the highest reported of any BID towns this summer, we are expecting this year's edition to be the best and most freakishly fantastic yet. This, accompanied by the kind donation of 100 plump pumpkins from the Morrisons Community Fund and the RNLI with their own lifeguarding zombies, means that this year's Newquay Zombie Crawl is not one to be missed!" 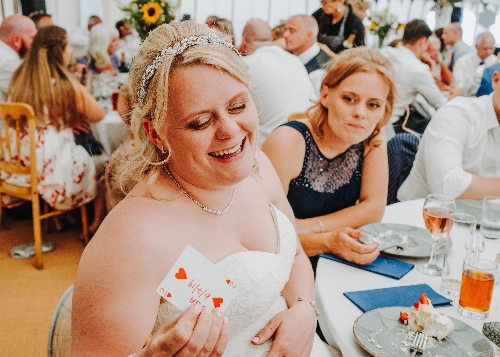 Polurrian on the Lizard in Cornwall unveils Hen Party Special

Why not celebrate at Polurrian on the Lizard? Enjoy some time with the girls (and guys)...

Book a feel-good Cornish mini-moon that benefits a charity

With more people than ever looking to make ethical purchasing decisions, Pitchup.com has...

The Good Hotel Guide announces its 12 César winners for 2023

The Good Hotel Guide has revealed its annual list of 12 César winners for 2023....

Newquay shopfronts set to be decorated for Halloween

In collaboration with Visit Newquay, Newquay Business Improvement District (BID) is calling out...

Inspiration from our great team of Editors at County Wedding Magazines!

To help you find inspiration for your big day, take a look at what's caught the eye of our editors.

There are literally hundreds of ideas, products and services from wedding suppliers across the UK along with links to their web sites as pointed out by our ever resourceful team.

Take a look at what our Editors Love!