Preparations are underway for the return of the ever-popular, family-friendly Newquay Zombie Crawl that's set to happen on Saturday 29th October 2022. Thrill-seekers can expect the streets of the coastal location to be transformed into an otherworldly spooktacular experience this Halloween as hundreds of participants flood into the town to witness the most frightening but fun event of the year!
Newquay Business Improvement District (BID) will be organising this year's edition of the Zombie Crawl, and they will be ensuring it's one to remember seeing as it is the first time it has happened since 2019. Newquay BID and its team of organisers will be reviving the terrifying tradition for a fresh start in 2022.

The spooky Newquay experience will begin with multiple rolling workshops for families to enjoy, happening throughout the town from 12 pm-3 pm. Blystra Arts will be running pumpkin carving sessions at the Royal British Legion, while there will be scary storytelling at Newquay Library and dance group Bounce will be running a Thriller dance lesson with group dances happening every hour on Newquay Piazza, next to the cinema.

Then the Zombie Crawl itself begins, starting at 3 pm at the Fore St. car park and working its way through the wicked wasteland of zombie-filled Newquay. As with the previous instalments of the Zombie Crawl, this year's trail will end at The Griffin Inn for an after-party of 'Spooky Silent Disco' starting from 4:00 pm and lasting until 6 pm.

Manager of Newquay BID, Mark Warren, will be leading the horde through the streets of the town, himself dressed in only the most authentically abominable undead attire. He will be joined by multiple actors on stilts from the Hotch Potch group to provide the immersive zombie experience that everyone both loves and fears.

As well as all the Newquay BID organised activities running on the 29th of October, Visit Newquay will also be running its Halloween Town Trail from the 22nd until the 30th of October. To participate, individuals and families should head to the Newquay Tourist Information Centre to collect a clue sheet. Then they can follow the clues to the shops, picking up letters as they go.

Newquay BID is urging all of the Newquay businesses to get involved by spookifying their shop fronts, their teams, their wares and their products. 'The scarier the better is the only criteria in decorating windows, stores, and people, and the best-dressed storefront could win themselves a prize.

BID Manager Mark Warren said, "There was a great disappointment that the event didn't happen in recent years, so we're bringing it back with a big, scary bang. The amount of effort Newquay goes through to transform its streets into a spooky experience for the Zombie Crawl is amazing. Families come from far and wide to savour what our town has to offer in the way of a frightful, but fun, event each year."

Mark continues, "This is the first year that the Zombie Crawl has been held since 2019, and with our town footfall being the highest reported of any BID towns this summer, we are expecting this year's edition to be the best and most freakishly fantastic yet! This will allow for maximisation of both footfall and trade for all of the businesses who get involved, and we're all really looking forward to this Halloween extravaganza."

Still looking for a Hen & Stag Do? 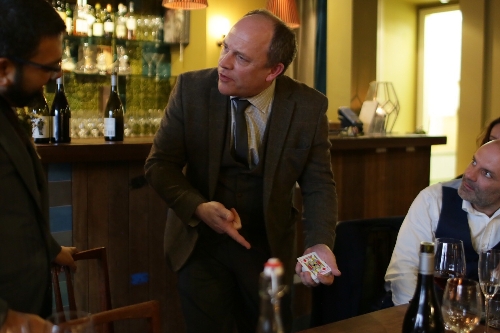 With nature displaying its spectacular colours, the weather cooling and...

To celebrate the upcoming Cask Ale Week, which runs from 22nd September to 2nd...

2022 marks the inaugural year of Form, a new annual visual arts festival in...

Take the plunge at the Old Ferry Inn located in the picturesque village of Bodinnick, Cornwall where...