Following the huge success of Wavelength Media's Drive-In Summer Cinema Series last year, the team is delighted to announce that the event is surfing back into Cornwall, bigger and better for 2021. Bringing an epic schedule of family-friendly flicks, cult cinema classics and surf movies, this year will feature additional afternoon screenings on bigger LED screens as well as an exclusive Surf Film Festival, celebrating current and classic surf cinema.

Quoted by Time Out Magazine as 'the most beautiful outdoor cinema' and listed by the Financial Times and Conde Nast Traveller Magazine as one of the world's best outdoor cinema experiences, last year's al fresco cinematic sessions provided the perfect backdrop to picture-perfect waves and stunning sunsets. Taking place in a field within the Trebelsue Farm estate, the Wavelength Drive-In Cinema Series 2021 guarantees the same awe-inspiring setting overlooking Watergate Bay Beach near Newquay.

With space for more than 200 cars and vans, the series will start on Friday 16th July, showing the 1978 surf film Big Wednesday in the evening and comedy Surf's Up for the daytime performance. A total of 21 screenings will take place throughout the summer from July every weekend from Thursdays to Sundays and the final screening wll be on 15th September. The daytime showings will start at 12.45pm with a host of fun family-friendly films such as The Goonies, The Greatest Showman, Moana and Pirates of the Caribbean among others. The evening films will commence at 6pm and some of the timeless cult classics set to air include the much-loved Dirty Dancing, legendary drive-in film Grease and famous Spielberg thriller Jaws. The surf-inspired movie line up will see exhilarating and entertaining options such as Blue Juice, Point Break and Riding Giants displayed atop the Atlantic Ocean.

Demand for this carefully socially distanced concept is expected to be extremely high as holidaymakers and local residents alike make plans to visit this summer. With Cornwall set for a staycation boom and activities filling up fast, it's essential that cinemagoers pre-book in advance to avoid missing out on this unique experience. Cinema-goers can make either individual or 'bubbled car' bookings from now.

The Wavelength team who are behind Europe's original surf publication, Wavelength, are working in close collaboration with Cornwall Council to ensure all public safety requirements are met and exceeded across the summer events. Up to 200 cars per session will be parked in an appropriately safe and structured way and there'll also be a host of on-site options including street food, live music, a socially distanced tombola, popcorn stands and craft beer bars. Safety-led additions such as hand sanitisers, facemasks, queuing processes and signage will be included across the event site and operational running of the sessions.

Wavelength director Guy Hayler says, "We're so excited to bring back the cinema series for 2021. It was so successful during 2020 post-lockdown and we expect demand to be equally as high this year, particularly given the new appetite for fresh air events. Last year, there was the sense that it was the tonic that everyone needed, and similarly this year, we aim to give locals and holidaymakers a uniquely enjoyable and suitably safe experience."

Guy continued, "For 2021, we've taken it to a whole new level, with more fun to be had in the only clifftop drive-in cinema experience in the South West with plenty of new elements, including more films, more showings on even bigger screens and more food variety. That said, some things worked so remarkably well last year that we would be mad to change them – particularly the Fisherman's Friends' performances. These were so popular that we now have five weekends with them confirmed! So, if you're in Cornwall this summer, don't miss out on this epic clifftop experience in an absolutely unrivalled setting."

Tickets for the drive-in events are available at a cost of either £6 per person or £26 per car or van and driver with a maximum of five people per vehicle – these can be purchased from the Wavelength website here: https://wavelengthmag.com/drive-in-2021/line-up.

This year, the team is also offering the option to purchase an open-air cinema ticket for £7 per head. Ongoing announcements will also be made on Wavelength's Instagram account which can be accessed at @wavelengthsurfmag throughout the summer. The Surf Festival line up is to be confirmed.

Still looking for your honeymoon? 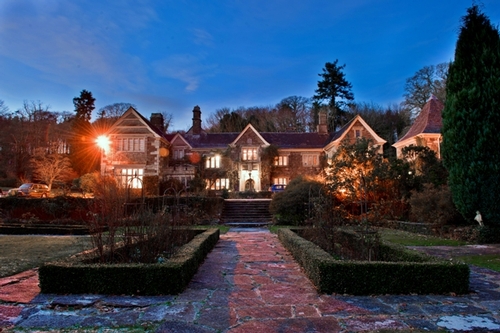 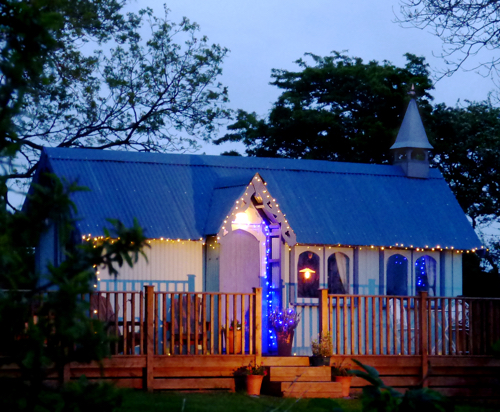 The Studio at Frieda and the Moon. Read more...